French toast is probably one of the most decadent breakfast or brunch dishes. It’s pretty much egg-battered bread that’s been fried and topped with sweet syrup and whipped cream (if you’re lucky). If this is one of your go-to items on the brunch menu, try out my vegan version and you won’t look at French toast the same ever again. It’s the perfect Summer brunch with fresh organic ingredients and it’s vegan! The major difference is that I used eureka! Organic Grainiac Bread and whipped coconut cream, making this breakfast comfort food completely vegan and still quite decadent- and guilt-free. So skip out on your boring old bland French toast and try my fresh organic recipe with eureka!® Organic Grainiac Bread.

The most important ingredient in French toast is the bread, and when you’re trying to eat better, you shouldn’t have to sacrifice taste. You have probably tried to choose healthier breads before, but let’s face it, sometimes it’s true: vegan and organic bread can taste flavorless and dense, almost like cardboard. eureka!® out from the rest. It’s packed with flavor so don’t be bland and choose wisely with eureka!® Organic Bread. eureka!® Organic Bread has no artificial flavors, colors, preservatives, or high fructose corn syrup and it’s certified both vegan and organic.

eureka!® Organic Bread comes in six different varieties, and for my vegan French toast, I chose to go with Grainiac. I chose this variety because it has 14 Organic Grains & Seeds. But the best part is that the bread is rich in flavor by itself already, but after you flip it into French toast, then it’s even tastier. Top it off with fresh seasonal berries and whipped cream using coconut milk and you won’t even remember that it’s vegan. Don’t forget to drizzle some warm maple syrup on top. eureka!® Organic Bread reminds us to Don’t Be Bland, eating better doesn’t have to be boring and you don’t have to sacrafice taste.

Mix almond milk and vanilla extract, with a brush lightly brush each slice of bread with mixture. Heat up non-stick pan to medium heat and add 1 tsp. coconut oil. Cook two slices of bread for 3-4 minutes on each side or until crispy golden brown. Repeat with last two slices of bread. Whisk chilled coconut milk with powdered sugar until fluffy. Top onto your French toast and added sliced strawberries, blueberries and maple syrup. 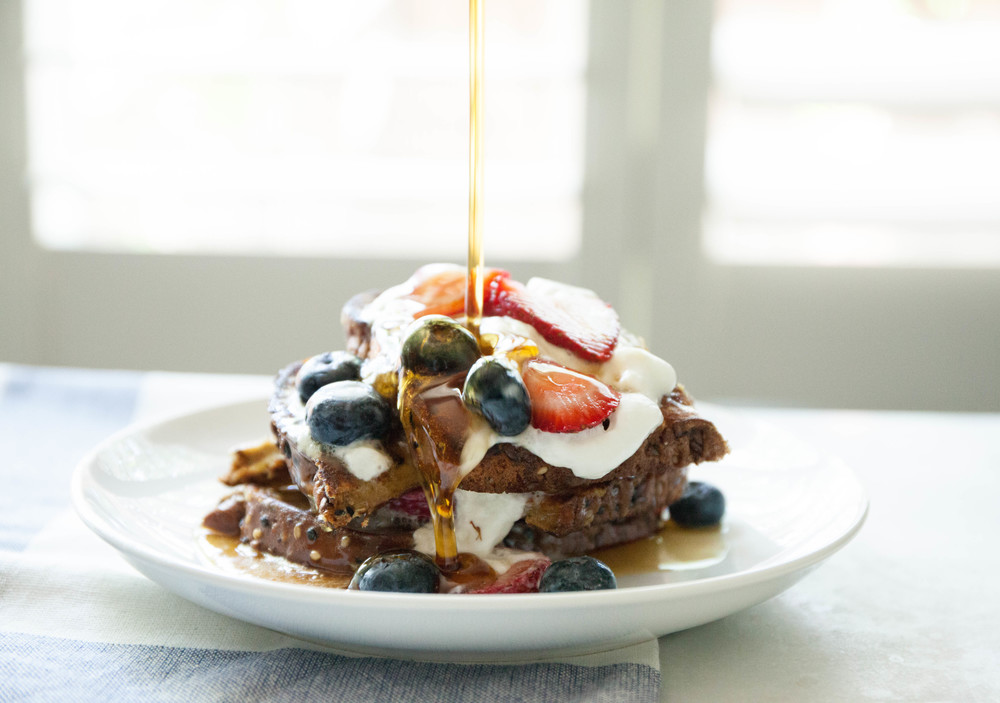 This is a sponsored conversation written by me on behalf of eureka! Organic Bread. The opinions and text are all mine.

Hi, I'm My! I hope you find a healthy dish you'll want to make at home. My recipes are all foods that I make for my family...with a healthy twist.
Learn More →

This error message is only visible to WordPress admins


Error: There is no connected account for the user 11354686 Feed will not update.

My is a self taught chef, health influencer, writer and food explorer Read More…